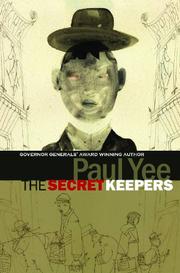 Jackson is haunted. He is visited by the ghosts of both his older brother, killed in the previous year’s Great Earthquake, and an unknown young woman whose appearance scares off the moviegoers attending his struggling family’s nickelodeon. The boy therefore determinedly sets off to find out what the spirits’ unfinished business might be. Jackson's investigation is prefaced by his experiences during the quake and punctuated with incidents of bullying and classroom taunting, a brief stint working in an opium parlor and collusion with an older cousin scheming to steal money and run away rather than be sent to China. The search ultimately leads to family revelations, the secretly buried bones of a young mother who died in childbirth and a ghostly “wedding” that precipitates an upbeat close. Though the story is well-stocked with specters and misadventures, it is hampered by choppy prose and a lack of distinct characters or sense of place.