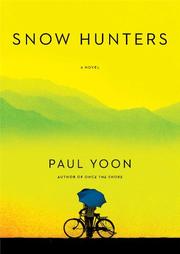 A North Korean soldier finds unexpected solace following his self-exile to Brazil in this slender, ethereal first novel from Yoon (Once the Shore: Stories, 2009), a recipient of a 5 Under 35 Award from the National Book Foundation.

The book opens just after the end of the Korean War, as a former war captive named Yohan is offered safe passage to Brazil, a country as strange and vibrant as his own was violent and distant. Yohan’s agreement brings him into a rare apprenticeship under Kiyoshi, an aged Japanese tailor who works with a dignity underpinned by selflessness. In large part, Yoon’s novel is a meditation on the passage of time as much as it is on Yohan’s monklike life as Yoon chronicles the slow transformation of Yohan from a refugee to a treasured and essential part of village life. “How completely time could abandon someone,” Yoon writes. “How far it could leap.” Since the novel’s pace is so still and observant, ordinary moments take on a graceful quality that might have gone unnoticed in less skilled hands: the umbrella offered by a stranger during the rain; the unlikely bond of friendship between Yohan and a rough South Korean sailor; the wordless companionship between Yohan and his mentor. A minimalist, well-crafted story about an austere man predisposed to avoidance who ultimately needs the people who fill up his empty spaces.