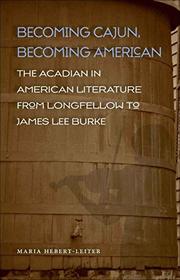 A. PHILIP RANDOLPH, PIONEER OF THE CIVIL RIGHTS MOVEMENT

Pfeffer (History/Mundelein College) argues in this biography of famed Pullman Porter organizer Randolph that his most lasting and profound contribution was to the civil-rights movement, not to organized labor. Armed with hundreds of footnotes, Pfeffer makes her case convincingly, albeit dryly. Although seldom cited in the context of the civil-rights movement, Randolph, according to Pfeffer, forged coalitions with established political, social, and labor organizations that provided the groundwork for the strength and endurance of the movement in the early 1960's. Having cofounded an influential black journal, the Messenger, in 1917, Randolph was able to articulate his views to the broad political and economic spectrum of the Afro-American community. An ardent anticommunist socialist, he was also vehemently opposed to the kind of nationalistic-separatist beliefs espoused by Marcus Garvey. At the same time that Randolph alienated some black groups and religious leaders, he was able to secure alliances--however temporary--with right-wing socialist factions, interracial labor groups, and established organizations such as the NAACP Urban League. The shifting coalitions and the youth and prominence of leaders like Martin Luther King, Jr., Roy Wilkins, and Bayard Rustin relegated Randolph to a background role during the heyday of the civil-rights movement. However, says Pfeffer, he foresaw that the Civil Rights Act of 1964 and the Voting Rights Act of 1965 marked only the legislative phase and that the real problem would be implementation, that the ""actual alteration of the status quo [would be] met with even greater resistance than the passing of laws."" With Rustin at its head, Randolph founded the A. Philip Randolph Institute to address voter registration, housing, education, and other issues, and to encourage ""mass action by the civil fights organizations at the national level."" Hard-going, but detailed and astute.