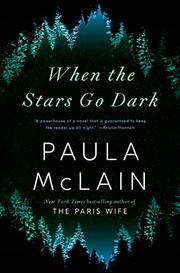 WHEN THE STARS GO DARK

A San Francisco homicide detective traumatized by personal tragedy and the many horrors she's encountered returns to Mendocino, once her childhood sanctuary, only to be drawn into the case of a missing girl and the unresolved mysteries of her own past.

“For as long as I could remember, I’d had reasons to disappear,” Anna Hart muses. “I was an expert at making myself invisible.” Orphaned at 8 and reared in a series of foster homes, this police detective has an unwavering commitment to the cases of missing and murdered children and an uncanny “radar for victims.” Then her own family is shattered by a death she might have prevented. Anna flees to Mendocino, where a foster family once provided not only love, but also survival lessons and where Anna agrees to help a local sheriff—also a childhood friend—as he investigates the case of a teenage girl who seems to have been abducted. But the disappearance of Cameron Curtis recalls for Anna a more distant Mendocino mystery: the vanishing of a childhood friend of hers in 1972. And when two more girls are abducted shortly after Cameron—one of them the real-life Polly Klaas—the stage seems set for a predictable serial killer hunt. But McLain largely avoids that well-trodden path to craft instead a psychological thriller that deftly evokes both the entrancing landscape of the Mendocino hills and the rough terrain of shattered lives. “No one can save anyone,” the haunted Anna laments at the outset, but the novel’s convincing outcome, while grimly realistic, permits her to think otherwise. Most memorable of all are the girls, past and present, who emerge here not as convenient victims but as vulnerable, believable characters.

A muted yet thrilling multilayered mystery enriched by keen psychological and emotional insight.