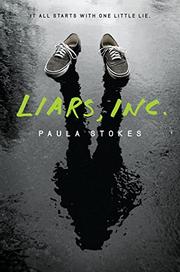 When Max's friend goes missing, he finds himself in the middle of an increasingly tangled web of lies and conspiracy.

Max's two best friends in the world are his girlfriend, Parvati, and a senator's son, Preston. The three share a gift for lying effectively, and when Preston asks Max to give him an alibi so he can go to Vegas, Max doesn't even blink. But when Preston doesn't return the next morning, Max suddenly becomes the prime person of interest. With Parvati's help, Max does his best to clear his name and discover Preston's true whereabouts. As the mystery unfolds, readers will be put on edge for two reasons: first, Stokes' superb knack for misdirection and intrigue, and second, Max's increasingly poor decisions. Whenever a fork in the road appears and Max must choose between cooperating with the police and making himself a guiltier target, he chooses the latter. This quality is frustrating but remarkably endearing. Max is so well-drawn it's hard not to be completely sympathetic to his predicament. As the ground beneath his feet falls away, Max uncovers bigger and stranger clues regarding Preston's fate, and the author twists and turns at all the right moments. Even the keenest mystery buffs will be hard-pressed to predict the book's finale, which packs quite the emotional and physical punch.

Captivating to the very end.