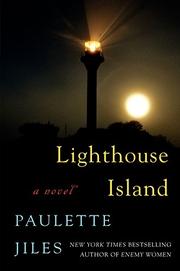 A quest novel set in the future, when America has become a vast megalopolis divided into “Gerrymanders” and water is a scarce resource in a new “Drought Age.”

At the age of 4, Raisa is abandoned by her parents and taken to an orphanage. She officially becomes a PD—a Parentless Dependent—and is given a new name, Nadia Stepan. Although she has an eye condition that temporarily renders her blind, Nadia learns from television (which pervades the culture, along with Big Radio) about Lighthouse Island, a land presented as a Utopian refuge from all that ails the vast city that America has turned into. It’s presented as a place of “no buildings, no water rationing, only landforms, and random plants, fossils, silence, solitude, [and] mountains....” We also learn of James Orotov, a paraplegic meteorologist and demolitions expert fascinated by geography, whose maps lead to suspicions of his being guilty of “[c]artographical treason.” Nadia eventually grows up and becomes adept at lying as a survival technique, and when Oversupervisor Blanche Warren discovers that she has had an affair with Blanche’s husband, Nadia decides to escape by going to Lighthouse Island. Eventually, her path crosses with James’, and he explains to her the vastness—and perhaps impossibility—of her undertaking. Nadia and James in due course fall in love and get married—and help each other on the long journey north to Lighthouse Island. When they arrive, they find it’s scarcely the Utopia it’s cracked up to be.