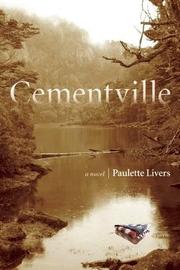 The arrival of dead soldiers from Vietnam in 1969 upturns and rewires the lives in a small Kentucky town.

As Livers’ debut novel opens, the reputation of Cementville (pop. 1,003) has shifted from its namesake cement factory to something much more visceral: The arrival of the bodies of seven National Guardsmen who were killed in a firefight. The tragedy has sent the town into public displays of mourning, though as Livers shifts the story’s perspective among a host of residents, more complicated emotions emerge. For Maria Louise, a young journalist who skipped town for the city years before, it means a return home and sudden romance with a member of the low-class Ferguson clan. For 13-year-old Maureen, it’s a revelation about her family’s capacity for secrets. For Harlan, a POW who lost a leg overseas, it means a hero’s welcome that's been overshadowed by a week’s worth of funerals. For Evelyn, the elderly head of the town’s wealthiest clan, it’s an opportunity to sourly recall years of Cementville shortcomings. (Though the novel turns on an act of benevolence on her part.) And so on, and so on: The chief flaw of the book is that’s it’s stuffed full of characters who are hard to differentiate, consistently possessed as they are of Livers’ eloquent if down-home voice. The episodic, character-sketch arrangement undercuts the central drama of the novel, involving the murder of the Vietnamese wife of another war vet. Livers means to explore the ways that perception and reality often fail to overlap in small-town life, and there are moments where the novel sings in that regard, particularly in one section where the supposed bad girl of the Ferguson clan finds a refuge in the home of an elderly resident. But the overall tone is curiously muted.

An earnest and sober portrait of the homefront, filled a bit past capacity.