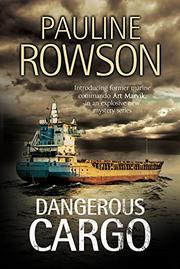 Ex-commando Art Marvik (Silent Running, 2015) tracks down the killer of a man who died twice.

DNA evidence shows that the body washed up on the Isle of Wight belonged to Bradley Pulford, who had worked for fishermen Adam and Matthew Killbeck before vanishing in 1990 . But according to Detective Superintendent Philip Crowder of the National Intelligence Marine Squad, Pulford died in Singapore in 1959 in an accident aboard the freighter Leonora. So Crowder sends Marvik, along with fellow former Marine Shaun Strathen, to investigate the connection between the Killbecks, a Dorset fishing family, and a seaman killed in Asia. The trail is immediately complicated by Sarah Redburn, who’s looking for her father, Oscar, a marine archaeologist who disappeared from the Dorset coast in 1979 while looking for fossils. A picture shows Oscar with a group of students rallying in support of a local dockworkers’ strike—a group that includes Bradley Pulford. When Sarah is killed the morning after meeting Marvik, his antennae begin to quiver. And when Sarah’s roommate, actress Bryony Darrow, is burned out of her house on London’s Eel Pie Island, the ex-Marine goes full-throttle against a gang of villains as ruthless as they are deadly.

The investigator’s second outing is even more muscular than his debut, as Rowson edges her detective puzzles ever closer to thriller territory.