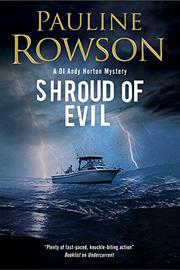 DI Andy Horton (Undercurrent, 2013, etc.) continues to complicate his job at the Portsmouth CID by probing his mother’s long-ago disappearance.

Horton’s ticked off when his boss, DCI Lorraine Bliss, assigns him a missing person case. He figures private investigator Jasper Kenton has just gone off on his own, maybe with a lady friend, maybe with a client’s money, and the only reason Bliss has her frosty knickers in a knot is that she’s BFFs with Kenton’s business partner, Eunice Swallows. Horton’s perfectly plausible theory is scotched when Kenton’s body turns up near the Isle of Wight’s Northwood Abbey on a spot of beach owned by Lord Richard Eames, a political powerhouse who surely had some idea why Jennifer Horton vanished many years ago, leaving 10-year-old Andy behind. Eames admits knowing Jennifer at the London School of Economics but refuses to talk about his connection with the radical student group she may have belonged to. Horton can barely hide his distrust of Eames, who uses his connections to limit the scope of the Kenton investigation. Then Horton puts his job in peril by concealing his own encounter with beachcomber Wyndham Lomas on Eames’ property the day before Kenton’s death. Instead, he focuses on Kenton’s dealings with his clients, especially Thelma Veerman, who hired him to keep tabs on her husband, Brett, an ophthalmic surgeon with quite a female following. Horton also looks into Kenton’s strained relationship with his sister and his peculiar purchase of a boat right before his death. But all roads keep leading back to Eames, the man he most and least wants to investigate.

Here’s hoping Horton gets the goods on Eames soon so that Rowson can go back to the procedural puzzlers she does so well.