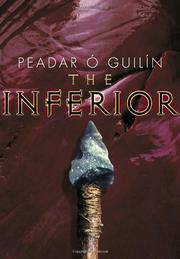 Though most of the blood and horror in this turgid dystopian romance stays between the lines, there’s still enough seeping out to disturb all but the most hardened readers. Into the young hunter Stopmouth’s world, in which humans and intelligent beasts survive by butchering and eating one another indiscriminately, falls Indrani—a beautiful stranger from the vegetarian, high-tech civilization living in the glowing Roof overhead. Stopmouth is an archetypal Innocent Hero who, thanks to Indrani’s efforts to hide the truth, takes hundreds of pages to learn that he and all the groundlings are modified animals deliberately set against each other for the entertainment of the Roof people—a gory, world-sized version of Survivor. The action scenes are compelling, but so stingy is the author with background information or physical descriptions that the premise and setting (a huge cave? a space colony? a “generation” ship?) are likely to be totally enigmatic to young readers. In the end the lovers are parted, and wasplike Diggers who plant their teeming young in living victims arrive on the scene—sure signs of an equally icky sequel. No rush. (Science fiction. 13 & up)