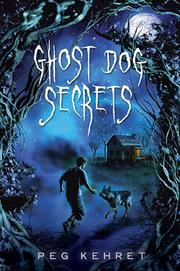 Sixth grader Randy spots a dog tied to a tree in a sleet storm and resolves to help, but after visiting it, he realizes it's being seriously abused. Although he reports the cruelty to the police, he’s told that without proof of abuse, which he must collect, they cannot intervene. The appearance of a ghost dog determined to push Randy into saving the animal—and some encouragement from a friend—finally motivate him to rescue the dog by stealing it and hiding it away. Later, after being found out by his mother, she reluctantly becomes the dog’s official foster parent, even as they are being stalked by its violent owner. The ghost dog makes several appearances, each time presciently guiding Randy. A lecture he (bizarrely) receives in school on “evidence to look for if we think someone has a methamphetamine lab on their property,” plays a major role in the conclusion, one of several too-convenient aspects of the resolution. Readers eager for ghosts and suspense may enjoy this only-average, sometimes improbable effort. (pattern for animal-shelter cat blanket, Web resources on ghosts and animal cruelty) (Fiction. 10-12)