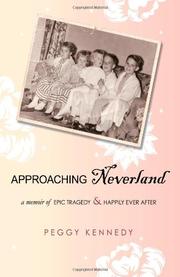 A Memoir of Epic Tragedy & Happily Ever After

A captivating memoir of love, loss, mental illness and redemption.

Kennedy walked into her first day of first grade alone, with unkempt hair that both her parents had neglected to brush. So begins her saga of having a mother whose mental illness (eventually diagnosed as bipolar disorder) resulted in multiple psychiatric hospitalizations. Her mother’s condition led to greater challenges than messy hair, of course, which included near-fatal episodes involving delusional beliefs. The book’s scope ranges far beyond this single issue, however; Kennedy paints a vivid picture of a family’s travails and triumphs. She describes unintended pregnancies, unacknowledged homosexuality, substance abuse, military service in Vietnam, attempted suicide and homicide. Kennedy grounds her family’s history in the zeitgeist of changing times, enriching the narrative by illustrating the impact of societal issues on her loved ones. Her sophisticated rendering of bittersweet situations evokes complex emotional reactions. Despite the masterful emotional portrayal, Kennedy sometimes skims the surface when she discusses her own grief. A grittier discussion of that personal topic might have improved the memoir, but it’s not an omission that brings down the book as a whole. Each character—portrayed with empathy and balance—speaks with his or her distinctive voice, adding a layer of realism to dialogue. Kennedy’s straightforward writing and economical prose lend density to her telling; every page feels significant. Apt, memorable phrases—“Her voice sat up straight” and “[L]ife was an illusion. Love was the real living”—further animate the work. Kennedy’s experiences form a unique constellation, but the life lessons are universal.

Poignancy without pity, triumph without glory.