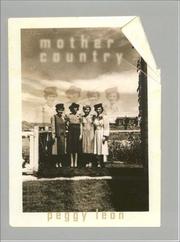 Young orphan comes of age (with remarkable aplomb and lightheartedness) in 1950 Nevada.

Mala Talovich seems somewhat baffled by the pity of others, since she certainly doesn’t feel very sorry for herself. At 13, she has lived practically all her life with her grandmother, who emigrated to America from Serbia, settled in the mining town of Taylor, Nevada, and raised eight children there. Mala’s father died in combat during WWII and is spoken of with pride and affection by his survivors; her mother, rather ominously, is hardly ever mentioned by anyone. Taylor is a close-knit little town full of Eastern European immigrants (many of them widows of miners killed in accidents or dead of lung disease), and Mala becomes a sort of communal responsibility when her grandmother dies suddenly one June night. Although her aunt Anna takes formal custody of her, she stays in her grandmother’s house in the care of her 18-year-old cousin Josie. But she’s basically raised by the town. Like much of Nevada, Taylor is more than vaguely disreputable (one of the local sheriffs was a Mormon who sold moonshine and died in a bordello), but for Mala it’s a warm, familial place filled with decent odd people (like Naked Sal, the town nudist, or the Methodist-Minister-Without-a-Flock) who manage well together and probably wouldn’t have made it anywhere else. That begins to change, however, when a new sheriff tries to impose his own idea of order. For Mala, the tensions of that summer heighten her awareness of how her own life has changed—and must change still more.