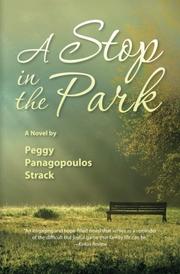 A STOP IN THE PARK

Strack’s moving novel depicts a desperate modern family’s struggle to restore the sense of simple fun and romance that once united them. Since his recent promotion to attorney manager, Michael Stolis is overworked but making enough money to temporarily patch the holes of his life. When his two daughters aren’t watching television or eating junk food, it’s only because Michael is berating them and his wife, Jamie, for allowing it. Jamie, a former journalist who left her career to become a mom, is equally miserable. To distract herself from the poisonous atmosphere, she spends hours shopping online and flirting with other men on Facebook. Michael has numerous passions—chess, running, healthy eating. One day, while walking through Dupont Circle toward another disappointing family dinner, Michael slips away from the family in search of a blitz chess competitor and meets Rufus, a retired black man Michael immediately envies for his “demeanor [that] exuded serenity.” A jovial, sagelike presence, Rufus is an excellent player but doesn’t care about winning, a fact ever-competitive Michael fails to comprehend, especially after he gets creamed. But when Jamie finally boots Michael from the house, which “could be the beginning of the marriage bust” that neither person wants, Rufus may be just the man to help him restore the lighthearted nature of his early marriage. Hopping back and forth between Michael’s and Jamie’s perspectives, Strack delivers piercing dialogue and intense emotional struggle that fashions a chesslike battle for their daughters’ approval and the upper hand. Filled with moments of tenderness and insight, particularly in Michael’s attempts to make his wife and daughters laugh, Strack’s novel expertly captures the nuances of a complicated marriage, including the small tics that can become explosions of contempt. Certain metaphors feel heavy-handed (after discovering a hornets’ nest outside the kitchen window, Jamie sprays it and later notes how, like the nest, “She had a body, but it was vacant”), and the story often errs on the side of melodrama, but Strack writes with clear, thoughtful and passionate prose, making for a tense and compulsively readable story of family redemption.

An engaging and hope-filled novel that serves as a reminder of the difficult but joyful game that family life can be.