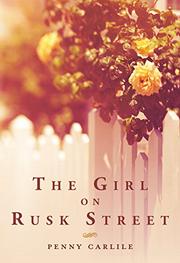 THE GIRL ON RUSK STREET

A debut YA novel tells the story of a quiet Texas community struck by a horrendous crime.

Bobbi Rogers has an idyllic life in Marshall, Texas, in the early 1960s. With her best friends, Katie Baxter and Lawrence “Law” Miller, she has the run of Rusk Street, building forts in the woods and observing the comings and goings of their neighbors. She takes special interest when Lucille Harris moves to town to teach music at the local black college. The young widow “looks like a real movie star,” though her place of employment raises eyebrows among her white neighbors. Bobbi quickly becomes enamored of her, as does Jim Tressell, a gardening enthusiast and husband to a wheelchair-bound wife. Bobbi, age 10, is only beginning to become aware of the bleaker side of life, like the racism felt toward the students of the black college or the “Peepin’ Tom” who was seen peering in through her neighbors’ window. Bobbi’s innocence is shattered for good, however, when Lucille is brutally murdered one night in her kitchen. The citizens of Rusk Street quickly start to speculate who the culprit is and whether Lucille may have brought the tragedy upon herself. Jim is arrested for the crime, but as the trial unfolds, there are more questions unearthed than answers. Bobbi’s quest to discover her friend’s killer will force her to examine the latent darkness at the heart of her beloved Rusk Street. Carlile writes in a colorful prose that deftly evokes the curiosity and naiveté of her narrator: “Daddy said that when people were married for a long time, they started to look alike. I thought that was a funny thing to say, but maybe he was right. Both of the Van Worths had stooped shoulders, gray hair and pinched-in faces.” The community of Rusk Street is skillfully drawn, and the mystery at the center of the novel is compelling and surprising. The book is slightly bloated at 300-plus pages, and the ending is not quite as sharp as it should be. But it still manages to call to mind a certain classic novel about racism and a trial in the Depression-era South.

An ambitious and affecting murder tale.