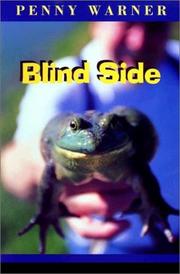 The citizens of Calaveras County, California, are ready to hold their annual "Jumping Frog Jubilee," a tradition begun 144 years ago by that celebrated expert on things amphibian, Mark Twain. Suddenly, though, plans are put on hold when the event's redoubtable champion and odds-on favorite to five-peat, Buford the Bullfrog, is found dead in Critter's Creek—"croaked!"—with foul play suspected. Worse is to follow: Soon thereafter, it's Dakota Webster, Buford's owner-trainer, who turns up dead in the water—drugged, dragged, dumped, and drowned. No one really cared for arrogant, double-dealing Dakota (good with frogs, bad with people), but as everyone in Flat Skunk knows, Jeremiah Mercer, the sheriff's son, cared for him least of all—in part because his frogs so often finished second to Dakota's. But clever Connor Westphal, heroine of this quintessentially cozy series (the paperback A Quiet Undertaking, etc.) knows better than to trust conventional wisdom. Connor, a deaf journalist with a nose for news and nuance, rules out young Mercer on the basis of what her instincts tell her—that he's far too nice to be a murderer. Mean-spirited Janet Macavity and fanatical frog-defender Carrie Yates are, in Connie's view, much likelier suspects. She's right, of course, though when the killer is at length unmasked (literally), the result owes more to happenstance than to the heroine's skimpy detecting.

Connie's lively and plucky, but when it comes down to hard-core sleuthing, she clearly hasn't a clue.