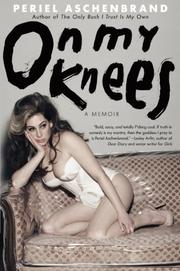 Coming on like a potty-mouthed Carrie Bradshaw, Aschenbrand (The Only Bush I Trust Is My Own, 2005) brings all the narcissism, arrogance and elitism to be expected from a proud-to-be-spoiled upper-middle-class woman who would rather live in a rat-infested Chinatown apartment than endure the shame of living anywhere outside of Manhattan. Of course, if it hadn’t been for Tucker Max’s subliterate success with I Hope They Serve Beer in Hell (2005), one could hardly fathom that high school–quality prose like this (from a noncelebrity author, anyway) could actually be taken seriously from even the most undiscerning of major publishers: Like Max, Aschenbrand’s brand of tell-all true sex confessions isn’t really as sexy as it is childishly bawdy and gross. Rather than actually take the risk of describing in sensual detail her close encounters with hapless male victims, she mostly just makes fun of them or emphasizes a decidedly nonsexy feature of herself, like the long hairs growing out of her ass. She also offers plenty of pedestrian, Dr. Ruth–style wisdom: “[I]f I had learned anything at all, it was that if someone wasn’t sure if they wanted to be with you the worst thing you can do is to try to convince them otherwise.” Aschenbrand also insists that men are intimidated by her, yet somehow, every sentient male with a penis and a discernible pulse, from Manhattan to Tel Aviv, seems comfortable enough with her to end up in her bed (all except author Philip Roth, that is, whom she ate cherries with but sadly didn’t have sex with). Mostly, however, this is just a tossed-off, random survey of her recent hookups and breakups, both in the Big Apple and abroad, with some rich-girl kvetching thrown in for good measure.

Beach reading for those who find Candace Bushnell too literary.