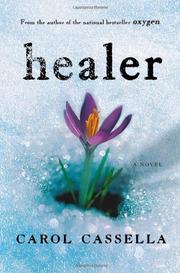 Her marriage tested by financial ruin, Claire returns to work and struggles with her family, in a downbeat domestic story drained by its preoccupied heroine.

Anesthesiologist Cassella’s second novel (Oxygen, 2008), again with a medical theme, traces a wife and mother’s efforts to hold on to her core attachments while her material world collapses. Claire Boehning’s clever biopharm-researcher husband Addison made a fortune in cancer diagnosis but has secretly lost it again trying to float an anti-cancer drug. When the truth emerges, Claire must abandon her enviable Seattle house and lifestyle and relocate, with her spoiled, sulky teenage daughter Jory, to their second home in the country. Fourteen years ago Claire was a doctor, although she never achieved board certification because of Jory’s premature birth. Now she’s hired by Dan Zelaya, who runs a clinic treating poor locals and immigrant workers from nearby fruit farms. Grappling with fear, newfound poverty and anger at home, Claire is pulled into the lives of her patients, which are full of greater grief and difficulty. Worthy though Cassella’s themes may be, Claire is often gloomy company. Plot developments are few and generally clearly signposted, although the big question, concerning Claire’s marriage, does hold interest to the final page.