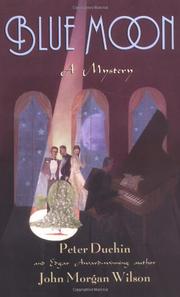 An increasing worry to his pals (Jackie Kennedy, Joe DiMaggio, Truman Capote, George Plimpton et al.), society bandleader Peter Damon views his life darkly these days. He just can’t shake the post-homicidal blues that followed the murder of his wife two years ago. Now it’s October 1963, and Peter’s seesawing about a gig in San Francisco, a city dear to his departed Diana. “You must begin to let go,” lisps Truman Capote. “And finally say goodbye,” adds Jackie ever so gently. So Peter sets off for the posh Fairmont Hotel, booked there for three weeks by its chatelaine, Charlene Mitford Hogan Statz. Basking in the warmth of her welcome, Peter begins to relax until, glancing out a window, he sees (gulp) Diana! Later that night he sees her again—or her doppelgänger—this time in the arms of society scoundrel Terence Hamilton Collier III, a man about to dance his final foxtrot. With Peter at the piano, and the band in full attack, the lights of the Gold Room go out. When they come on again, Collier has an ice pick protruding from his chest. Did Diana’s double jam it in? Or was it one of a dozen others who cordially despised the late smoothie? It’s clearly a case for Hercules Platt, the LAPD’s lone black detective, and with Peter’s help he solves it in a manner dimly suggesting Dame Agatha’s artful Belgian.