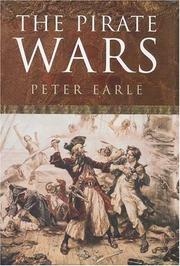 Earle (Economic History/Univ. of London) spans the spectrum of high-seas piracy from its Elizabethan origins to its final throttling by reenergized Western naval might nearly two centuries later.

Piracy was endemic in 16th-century Europe, notes the author, but only England was called “a nation of pirates,” thanks to the unofficially tolerated adventuring of privateers like Sir Francis Drake. These gentleman captains sailed under powerful sponsorship and were often used as a subtle instrument of policy by Tudor monarchs. Their mission was to harry the Tudors’ archenemy, Catholic Spain, which they did as much under the banner of Protestantism as that of Mother England. The privateers’ 17th-century Muslim counterparts, known as Corsairs, also practiced this piratical form of religious persecution. Launching from the Barbary Coast of North Africa and the Levant, these unabashed Christian-hunters ranged from the Mediterranean as far west as the Atlantic coast of Ireland, plundering unprotected towns for slaves and booty. Among the many common misconceptions about piracy that Earle challenges is the quick-and-dirty encounter popularized in Hollywood swashbucklers: a cunning maneuver under sail, a fatal burst of cannon fire, grappling hooks, flashing cutlasses, and a round of rum for the men. In fact, the author reports, buccaneers often tied alongside a potential prize and drifted with it for a week or more as the captors repeatedly paid “visits” to search for plunder, exact vengeance (including torture) on those who had resisted too vigorously, and rape any female passengers whose rank was insufficient to offer either protection or potential for ransom. During piracy’s Golden Age (1715–25) in the Caribbean, where treaties of peace agreed to and enacted in Europe were essentially ignored, egalitarianism became an oddly dominant factor. Crews elected their captains, decided on the venue and scope of their mission, determined how spoils would be divided, and sailed “against the world” under the black flag and their own rigid code of ethics.