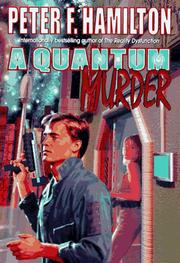 A second workout for Greg Mandel, veteran of the Mindstar Battalion (Mindstar Rising, 1996), whose implanted gland gives him the psi powers of empathy and intuition in a medium-future England beset by climatic warming and politico-economic chaos. This time, irreverent, bawdy old genius physicist Edward Kitchener has been murdered and horribly mutilated at Launde Abbey, where he ran a colloquium for budding physics whizzes, invented new drugs, researched wormholes, and generally raised hell. Julia Evans of Event Horizon, which funded Kitchener, requests Greg's input after the police confess themselves baffled: None of the six young resident physicists appear to be guilty, nor is it possible for an outsider to have come and gone undetected. Greg empathically interviews the six, and, sure enough, they're all innocent. So Greg's wife, Eleanor, volunteers to test a Kitchener drug that should enable her to view the past. She witnesses diffident genius Nicholas Beswick do the grisly deed, but Beswick denies involvement, as Greg's inquiries seem to confirm. What's going on? Well, psychiatrist James MacLennan has discovered how to project one personality on top of another—and one of his patients is convicted psychokiller Liam Bursken. The intriguing backdrop and solid characters enliven what is otherwise an overlong, overstuffed, and not particularly believable investigation.