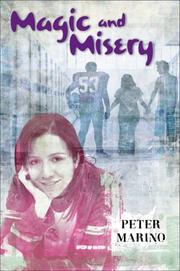 Self-conscious Toni Jo crushed hard on her best friend Pan until she found out he was gay. Still, the two are inseparable: Pan’s supportive, upper-class lifestyle dazzles her, and Toni Jo’s troubled baby brother simultaneously charms and horrifies the two of them when they’re with her family. Enter Caspar, the thoughtfully intelligent football player who sweeps Toni Jo off her feet and fuels Pan’s controlling jealousy. Soon, drama ensues in the form of first sexual encounters, stealth spying and some cringeworthy gay bashing. Toni Jo speaks with the vocabulary of a 40-year-old; her experiences are valid and occasionally exciting, but Marino can’t seem to infuse her with the same oomph that he instills in male secondary characters. Also, he takes a while to build his story, but even once it begins to take shape it’s weighted down by a nonsensical dread that good-guy Pan is going to throw it all away in a fit of jealousy. Other pieces of the plot do add up, but they don’t necessarily make a compelling story. The novel’s conclusion is less than satisfying, and will leave readers wondering why they chose to stick it out in the first place. (Fiction. YA)