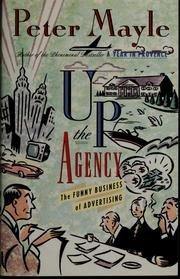 The Funny Business of Advertising

Generalities about advertising by the tireless Mayle, whose first novel, Hotel Pastis, is reviewed above. Rather than offer a riotous nailing-down of idiocies in advertising, Mayle depends more upon dry wit rather detail here and sends up the mast only nameless ad companies and misadventures with flopped accounts so that all may salute their stupidity. We get a series of amusing think-pieces about companies and accounts, accompanied by a laying-out of the guts of building and running an agency. Mayle's largest thoughts hover on a scenario in which today's some 640 ad companies will be gobbled up into 20 or so giants that will devise a new translingual ad-lingo for selling Global Biscuits to any country on Earth and for making biscuit- eaters brand-loyal. A single worldwide campaign will build on one consistent message to establish the ``international biscuit''- -``with all the glamour and excitement associated with international products.'' Historically, Mayle says, advertising ``has attracted individualists, entrepreneurs, and talented misfits.'' They join up because the ad biz promises big money fast, under the rubric ``Get Rich or Die''; because it's fun; because you can leave it after ten years and enter an allied profession at top level. He foresees, though, the decline of the individualist as mammoths merge and each new entity is run by carbon copies who are ``Good at meetings, adroit at politics, prudent, measured, solid, reliable....'' Among his gems, Mayle presents the senior VP who calls his underlings into a meeting, then peels a $20 bill ``from a fist-sized roll of bills and use[s] it to polish his already gleaming toe caps before crumpling it up and throwing it into the waste basket.'' Should hit big among Madison Avenue masochists, less big elsewhere.