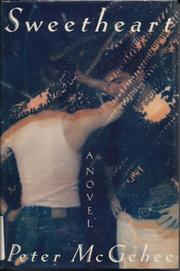 Can life still be fun, even spontaneous, despite HIV and safe sex? Yes, indeed, according to Zero, whose adventures, sexual and political, now continue (after Boys Like Us). Zero, like most of his friends in this comic, gabby chronicle of these plague years, is HIV-positive. But he doesn't let a little detail like that slow him down. As the story begins, Zero, an American in Canada, is mourning his lover Randy, who got AIDS in book one. Zero and his fellow AIDS Action-Now activists have helped open a clinic that will administer pentamidine, which battles AIDS-related pneumonia. At the opening celebration, Zero is picked up by Jeff, which leads quickly to a graphic sex scene. As this relationship deepens into domesticity, a cutesy wrench is thrown into the works by the arrival of teenager Mary Bull—a would-be actress who was fathered by Zero's cousin and first lover, Trebeh, in a lesbian friend via turkey baster. But Mary Bull, like much else in this loosely linked string of episodes, many of them having to do with show biz, disappears and reappears without becoming fully engaged—or engaging. There is a visit home to the zany clan in Little Rock (repeat characters include gay Uncle Markus), where Zero's mom tells him she just wants him to get well. Back in Canada, when conflict arises over Randy's choice of an epitaph, which his parents call ``filth,'' Zero sums up, in a sense, the novel's raison d'àtre: ``He wanted something humorous and sexual to counter the usual impression people have of this disease. It's political, in a way.'' The challenge that McGehee poses, and admirably tries to meet, is how to treat the AIDS crisis with humor without registering as superficial and glib. At times, the flightiness of these blithe spirits seems forced—even grimly determined. But at least they're not wallowing in self-pity. And, finally, their courage, and commitment, impresses and moves.