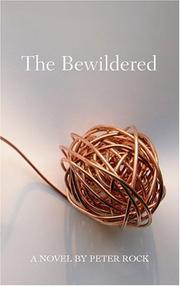 The kids aren’t all right in the city of Portland, Oregon, where Leon, Chris, and Kayla—friends from being in a gifted program and, at 15, a tight trio—skateboard through the streets, imagining their classical-music-playing, non-puerile selves more advanced than the teenage hoard. A mission to direct their overabundant energies comes in the form of Natalie, a truly odd woman who hires them to strip copper wire out of power lines so she can sell it. The kids get a cut, of course. They don’t really know what to make of Natalie, who lives in a trailer filled with buzzing fluorescent lights, pores over her collection of issues of Playboy from 1976 (her interest comes from some long-buried association with optimism, power, and sexuality), and has a thing about electricity. Such is the current that runs through these loosely plotted pages, especially after Leon gets badly electrocuted on a wire-stripping mission and starts acting strangely. When another adult enters the picture—Steven, who once worked with Natalie—some of her past becomes clearer, at least to the point where we know she was once a professional of some sort who then disappeared, possibly after an electrocution. As Leon’s behavior turns ever more erratic and the darker elements of Natalie’s plans start to be known, the kids’ already antisocial tendencies ratchet up a notch, buoyed by Kayla’s reading of Mishima’s The Sailor Who Fell From Grace With the Sea. Rock’s latest outing (after This Is the Place, 1997)—its title is the kids’ name for their clique—is rather hermetic, shut off from the machinations of the workaday world, much like its neurotic little clutch of characters. The story goes nowhere near where you might imagine; plot connections are left dangling; mysterious and unexplained characters drift off into the night. Yet there’s a cool dread about its pages that captivates for long stretches.