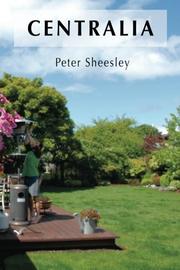 Two brothers struggle to find meaning in their lives in a small Pacific Northwest town.

Set in Centralia, Wash., Sheesley’s striking debut novel follows the life of the Moore family over the course of a half-century. Episodic in structure, the book highlights brothers Dollar and Creek as they grow from childhood to young adulthood to old age, though it also covers the lives of their parents, friends and neighbors. Dollar is a quiet, thoughtful boy who loves nature and is obsessed with eagles. He and his best friend, Elle Crane, remain in an innocent, dreamy world well into their teenage years, and he struggles to find direction. As an adult, he’s immature, believing that his life has gone awry through no fault of his own. His older brother, Creek, is more aggressive and socially adept as a boy, a popular soccer player who has no trouble finding a girlfriend and sometimes bullies weaker classmates. But a tragic accident and a youthful heartbreak set him on a more reflective path. In their 20s, both brothers find themselves lost and unsatisfied, but only Creek is able to claim the autonomy that will help him establish a purposeful life. The book defies easy categorization; its drama is primarily emotional and revolves around everyday dilemmas. Yet it never becomes lost in abstractions. The characters’ psychological and spiritual development shows in their actions, written in understated, memorable visual language. The novel, however, isn’t polished, the 1950s and 1960s sections are occasionally unconvincing, and the writing needs additional copy editing. The opening chapter, from the point of view of Creek’s grandson, is less compelling than the story that follows. Some readers might be frustrated by the absence of neat conclusions or easily digestible moral lessons. But at its best moments, Sheesley’s nuanced portrayal of the inner lives of his characters is reminiscent of such classics as Sherwood Anderson’s Winesburg, Ohio.

A strange, lyrical novel about the spiritual lives of an ordinary small-town family.