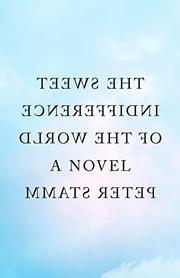 THE SWEET INDIFFERENCE OF THE WORLD

A novel about a novelist who has apparently obliterated the distinction between life and literature.

The narrator, a writer named Christoph, enjoyed breakthrough success with a novel detailing his romance with an actress named Magdalena. He had arrived at a crossroads, in both his relationship and his fiction, where he felt he had to choose between romantic happiness and literary fulfillment. The novel which had begun as a love story thus became a story of that love falling apart. “I didn’t wreck my life...I decided in favor of literature, and made certain sacrifices,” he explains to a younger woman named Lena, which is, of course, short for Magdalena. She is also an actress and is in love with an aspiring writer named Chris, who appears to be writing the same novel that Christoph had already written. What’s going on here? Lena thinks she knows: “There are simple explanations for everything, she said in a cheery voice. What’s that then? I asked. You’re mad, and this is all a product of your imagination.” Maybe so, but, if so, Lena might also be a product of the novelist’s imagination, and perhaps Magdalena as well, just as all of these characters are the products of the imagination of the Swiss novelist who has made a career out of such literary postmodern gamesmanship (All Days Are Night, 2014, etc.). This novel we’re reading might well be the same one the fictional novelist has written, or is rewriting, the one that brought him the breakthrough success, the one that he could never follow with another. This is the novel he is explaining in great detail to Lena, in short chapters alternating with other short chapters that detail what is going on between them, and what is going on between her and her Chris, and what parallels there are between these lives they are leading and the life with Magdalena that inspired his novel some 15 years earlier. “Maybe I was just imagining everything,” the novelist as narrator ponders at one point, recalling a period of his life that “was all so long ago now that it seemed unreal in my memory, like a bad dream on waking up.”

Art imitates life, or life imitates art, or something.