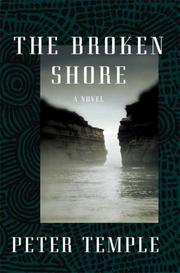 An Australian cop sent to the hinterlands after narrowly escaping death finds that life in the slow lane is just as nasty.

Someone’s bashed in the silvered head of Charles Bourgoyne, industrialist and philanthropist, and left him for dead. The evidence of Bourgoyne’s pricey missing watch points to three aboriginal boys who tried to pawn a similar watch. But when Detective Sergeant Joe Cashin, head of Port Monro station, tries to bring them in, the pinch goes horribly wrong. Suddenly Cashin, a homicide cop whose partner was killed by a murderous drug dealer aiming for Cashin as well, is treading on eggshells. His old schoolmate Bobby Walshe, a political activist leading a radical new party, serves notice that he intends to make hay of the debacle. Helen Castleman, another old schoolmate who’s now an attorney defending one of the accused, rails against him and then, adding insult to injury, buys the place next door and starts a quarrel over the boundary between them. With every inducement to declare the case closed, Cashin finds himself reopening it instead. What he learns about Bourgoyne and a trail of other victims is devastating. Temple (Identity Theory, 2004, etc.) drops disclosure after grim disclosure into his tale as discreetly as if he were trying to keep each revelation secret, and the behavior of several suspects defies belief.

The densely layered narrative is less a whodunit than a superior mood piece and psychological portrait.