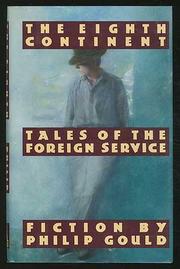 Tales of the Foreign Service

Gould (Kitty Collins, 1986) returns with three brief related episodes taking place from 1956 to the 70's in Europe, India, and the Seychelles—during which time two young, open-faced Americans observe the labyrinthine ways of European intrigue and later confront enemies, both in the hierarchical maze of the foreign service and at large. In ``A European Episode,'' young Caroline, free-lancing as a reporter in 1956 Munich, is spellbound by the tales and very aristocratic person of Stefan, whose life has encompassed golden days of footmen-and-furs, a Russian prison camp, expediting escapes of refugees as an officer of the Polish government-in-exile, and working for Radio Free Europe. Stefan reveals much—but not all. Observing the rapt Caroline is Charles McKay, Information Officer at the American consulate (he will narrate the later episodes). Stefan disappears forever during the Hungarian uprising as Charlie and Caroline follow and are turned back. In ``The New People,'' Charlie, now married to Caroline and father of two, is stationed in Calcutta and greets Tony Greer, a relentlessly charming new staff member, and his family. The Greers are deadly, and it is McKay who follows their slimy trail. In the title story, Maharajah (who heads an interesting little group of homosexuals) urges McKay to vacation on a dreamy isle of the Seychelles (Caroline is career-bound in D.C.). Here, in ``the last earthly paradise'' 900 miles off the coast of Kenya, there's a death beneath the surface of the sea (the ``Eighth Continent''), and McKay blinks in the dazzle of light and ocean at an unlikely apparition. A chewy, tripartite novel with old-timey foreign-service atmospheric appeal, marvelous reportage on some far places, and intimate details of consulate workings.