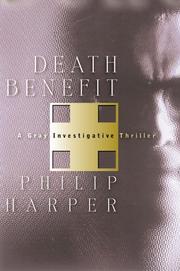 The whole insurance racket is one big, unregulated scam, Harper notes—and he’s got some unpleasant facts to back him up—but smiling Jim Hartman, of Bethlehem Casualty & Life, is running a series of scams that go even further. Hartman pushes high-premium burial insurance to ghetto moms, cancels low-risk policies without notifying his clients and pockets years’ worth of premiums, and buys off the lawsuits brought against him by the few bereaved relatives he can’t con into accepting his sad tale of how the departed must have cancelled the policy or borrowed against it himself. His latest con is to murder victims whose deaths can be disguised as accidents and then goad their estates into launching wrongful-death suits that will include a payout for him. One day, Philadelphia reporter-turned-avenger George Gray (Final Fear, 1993, etc.) implicates Hartman in the refusal to pay off the insurance claim of his late ex-lover Karen Murphy, and from that point on, it’s a fight to the death, as Gray patiently assembles evidence against Hartman—not so he can get him arrested and tried, but so that he can extort a fat settlement for the families Hartman preyed on—and Hartman calmly calls Gray’s bluffs, reveals the patsy he’s set up to take the rap for him, and reminds Gray how good an investment life insurance would have been for the nuisances who thought they could cross swords with him before.

Except for some occasional ill-advised foreshadowing, Harper’s businesslike prose, more John Lutz than John D. MacDonald, makes the whole fairy tale even more chilling. You’ll be demanding receipts from your own insurance agent.