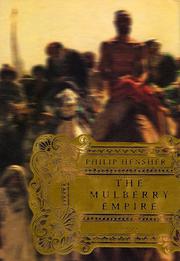 The first Afghan War of 1839 (the English tried and failed to displace a potentate unfriendly to its colonial ambitions) is the subject of this fascinating US debut.

Well-known British novelist and journalist Hensher introduces with considerable flair a dauntingly large cast of characters in England and Kabul, with sidetrips to India and Russia, in a flexible omniscient narrator’s voice that frequently underscores his story with pointed sardonic commentary. The most prominent among them include Alexander Burnes, a dashing writer-adventurer lionized in London when his popular Travels into Bokhara and Cabool makes a reigning expert on those far-off lands indispensable to his government; Bella Garraway, the spirited girl who bears Burnes a son, and is thereafter consigned to “seclusion” at her family’s country estate; and Amir Dost Mohammed Khan, the cunning ruler whose “Napoleonic mind” enables him to play off British strategies against those of Imperial Russia, which also has vested interests (and numerous carefully positioned “agents”) in Afghanistan. Hensher surrounds them with literally dozens of other figures whose experiences embody irreconcilable contrasts between the luxuriant exoticism of the East and the brisk pragmatism of the West—contrasts that are, paradoxically, recognized as inherently simplistic clichés, and noted with urbane irony. Introverted military man Charles Masson, a victim of sexual violence who becomes an itinerant avenging angel, evokes the figure of T.E. Lawrence as vividly as Burnes (whom he’ll meet, in several crucially revealing late scenes) suggests that of the demonic globetrotter Richard Burton. Two matching “bores,” British army officers McNaghten and Elphinstone, are deftly employed both to comment on their country’s adventuring and to embody its ghastly consequences. The scheming Amir’s equally amoral favorite son Akbar, the elegant sadist Shah Shujah, and cultivated, Balzac-loving Russian “explorer” Vitkevich all figure importantly in the catapulting events that lead to the rousing and harrowing climax: the bloody siege of Jalabad, and its sorrowful aftermath.

The producers of The Jewel in the Crown ought to take a close look at this one.