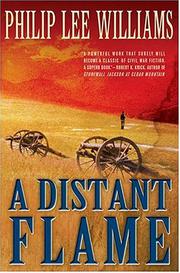 A Novel of the Civil War

The trouble is that Charlie Merrill spends much of his time stretching credulity. As he assesses the illustrious General Joe Johnston, he hardly seems his age: “He has restored hope,” Charlie tells his own commanding general, adding that that’s “[no] small thing for a man young or old.” This at 17? And a private talking to a general? Which army? What planet? Clearly, General Patrick Cleburne, hero of the Tennessee campaign, has taken a shine to youthful Charlie: he plays chess with him, swaps philosophies and literary quotations with him, sends senior officers to fetch him to his tent whenever the press of military affairs permits, and presents him with the last of his precious Whitworths: that marvelous rifle issued only to super-snipers. The process of Charlie’s achieving sharpshooter stardom could have been interesting, but it gets short shrift, offered as just one of those ironic contradictions: Charlie’s “a bookish boy who also loved guns.” At 15, he was almost carried off by a lingering illness, recovered, fell in love with a beautiful Bostonian, lost her, then left for the war a year or so later, where he slays with biblical ferocity in behalf of a cause he’s lost faith in. Flash forward to 1914, and there’s Charlie, venerable now, a respected writer and retired newspaperman, preparing to give a speech on the 50th anniversary of the Battle of Atlanta but in a funk because he doesn’t quite know what to say about it. Never mind, Charlie being Charlie, he delivers, and the crowd erupts accordingly: cheers, screams, tears even—bull’s-eye!

The protagonist is a weakness, but buffs will find compensations here. More than 80,000 books have been written about the American Civil War—and, with authoritative, vividly rendered battle scenes, Williams (Blue Crystal, 1993, etc.) earns a place somewhere, well, at least in the upper quadrant.