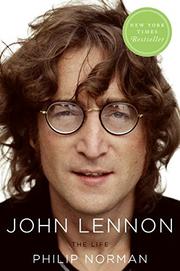 Comprehensive biography of the Beatles’ most outspoken and controversial member, whose murder by a demented fan in 1980 only added to his legacy.

Norman wrote one of the first and still one of the best Beatles histories (Shout!, 1981), and though he claims to have corrected many “inaccuracies and misjudgments” from that earlier work, there just isn’t much new to say about the group’s historic, hysterical popularity or John Lennon’s role in it. The author, who is also a veteran novelist (Everyone’s Gone to the Moon, 1996, etc.), tries to compensate by giving an in-depth account of Lennon’s early years, stressing the lifelong rage and fear of abandonment instilled by familial instability. He was raised by his Aunt Mimi after his father left, while his mother Julia lived nearby with her lover. Lennon was traumatized by Julia’s death in 1958, when he was 17. Norman takes a long time to get to the formation of the Beatles; the extraordinary songwriting partnership with Paul McCartney (who gets kinder assessment here than in Shout!); the group’s seasoning in the tawdry clubs of Hamburg; their first taste of the mania they inspired in female fans when they played Liverpool’s Cavern club in 1961; their breakthrough into national stardom thanks to manager Brian Epstein’s and record producer George Martin’s nurturing of their talent; the paradigm-shattering American tour of 1964; and the rest of the familiar tale, retold here with care but little passion. The author is frank enough about Lennon’s insecurities and capacity for cruelty to have alienated his widow, Yoko Ono, who initially cooperated with Norman but withdrew her endorsement after reading the manuscript, concluding it was “mean to John.” It isn’t. Norman’s fully three-dimensional portrait has no evident axe to grind, but it’s also hard to tell why he bothered. He’s particularly perfunctory with the post-Beatle years, evincing respect but no real affinity for Lennon’s political radicalism and avant-garde adventures with Ono.

Intelligent and sympathetic, but overlong and unfocused.