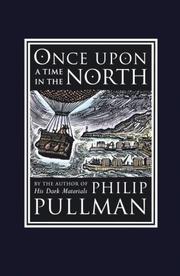 ONCE UPON A TIME IN THE NORTH

In his characteristic compactly rewarding prose, Pullman offers another glimpse into the world of His Dark Materials, less heady than Lyra’s Oxford (2003) but somberly satisfying. It’s 35 years before the trilogy, and young aeronaut Lee Scoresby has put down on Novy Odense in the North, looking for work and adventure. He finds the latter in spades. A corrupt corporation and a sleazy politician are obstructing a schooner’s Captain from claiming his own cargo. Lee throws himself recklessly onto the side of good, operating on instinct and fearlessness. A bear—whom Lee thinks is named York Burningson—joins the deadly skirmish, shoving an enemy tanker-gun into the harbor while Lee engages in a gunfight in a warehouse. Scrawny, sardonic Hester—Lee’s dæmon—plays a key role in defeating a vicious hired gun. This small, neat volume won’t hook newcomers, but its delving into beloved characters’ backstories will please trilogy fans of all ages. Elegantly decorated with Lawrence’s engravings and faux-realia, it is both understated and lovely. (foldout game) (Fantasy. 12+)