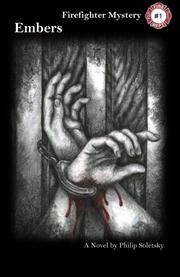 In his two years as a volunteer fireman with the Dunboro Fire Department, Jack Fallon has seen dead bodies before—but the latest one he finds, during the response to a house fire, particularly unnerves him. The victim, who Jack later learns is named Patricia Woods, was found dead and handcuffed to a bed. The town’s sheriff, Bobby Dawkins, deems Patricia’s death a murder, and when the fire is revealed to be suspicious, Jack becomes determined to track down the woman’s killer. He certainly can’t rely on Dawkins, who’s never investigated a murder before; indeed, no one can recall any murders in the history of Dunboro, a town of just 937 residents. Jack’s ensuing investigation involves occasional illegal acts, including perusing the restricted crime scene late at night. But it also leads him to people worth questioning, including Patricia’s dental hygienist co-workers; her younger sister, Rachael Woods; and a married man, Michael Carston, with whom Patricia was carrying on an affair. Jack’s ruminations on the murder become obsessive, turning him into an insomniac, putting a strain on his marriage, and necessitating sessions with local therapist Beverly Dell. A second murder further complicates matters and makes Dawkins suspicious of Jack. In spite of the sheriff’s warnings, however, Jack plans to see his personal investigation through to the end, so he can stop Patricia’s murderer from killing again. Soletsky, a veteran volunteer firefighter, generates suitably intense scenes of men battling blazes. In a describing his first fire, Jack states, “My face burned and my breath heaved, and I felt dizzy and nauseous, and I kept digging and moving shit around, trying to find any remnant of fire and put it out.” Readers will find other aspects of the protagonist to be riveting, as well; it’s revealed that he has a doctorate in physics and once invented a new way to administer chemotherapy drugs—technology that the government bought and used as a bioweapon. This instills in Jack a perpetual sense of guilt, and a similar sense of responsibility fuels his need to look into Patricia’s death. It’s a reasonable catalyst for his investigation, and his intermittent missteps—including identifying himself as a police officer to Michael’s wife, Samantha Carston—make him a believable amateur sleuth. At the same time, Jack’s overall course of action remains coherent throughout as he gathers all the clues he can; he compares the task to finding puzzle pieces without knowing “what picture I was trying to make.” The mystery provides plenty of opportunities for readers to reach a solution on their own, and some may find this too easy to do. In fact, it’s surprising that the unquestionably intelligent Jack doesn’t immediately see one conspicuous connection. Still, the murder case unfolds at a steady pace, gradually escalating the suspense.

A conventional mystery, spearheaded by an unconventional first-time gumshoe with an intricate backstory.