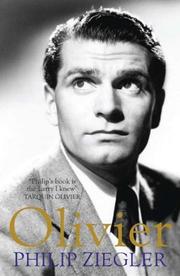 Laurence Olivier’s life (1907–1989) has been the subject of innumerable biographies, ranging from innocuous (Anthony Holden, 1988) to scandalous (Donald Spoto, 1992)—not to mention his own weirdly frank yet ultimately unrevealing Confessions of an Actor (1982). Ziegler’s version contains nothing particularly new on Olivier’s earlier years: the rivalry with John Gielgud in Romeo and Juliet, the partnership with Ralph Richardson at the Old Vic (home to Olivier’s greatest performance, in Richard III); his pioneering efforts as a popularizer of Shakespeare on film, most notably with Henry V; and the tragic marriage to Vivien Leigh, doomed by the basic incompatibility of their talents. Ziegler does convey a vivid sense of what made Olivier the most famous stage actor of the 20th century: He simply worked harder than anyone else and invested his roles with a physical bravura that made him thrilling to watch. The biography is notable for a substantive account of Olivier’s tenure as director of England’s National Theatre, during which he helped establish a fledgling organization with his charm and charisma while also displaying the well-known competitiveness that kept such acting peers as Gielgud and Richardson off the National’s roster. Nonetheless, as Ziegler notes, the National owed its existence to Olivier’s “passionate exuberance [and] dynamic energy”; he deserved better than the poorly managed transition to Peter Hall’s leadership in 1973. Olivier’s final years were marked by a series of debilitating illnesses that left him unable to work onstage, a painful fate for an actor who regarded film and TV as second choices. His formerly happy third marriage to Joan Plowright suffered in this period as well; once he could no longer act, he was a querulous old man waiting to die.

Despite a lack of revelations, this is probably the best Olivier book for general readers.