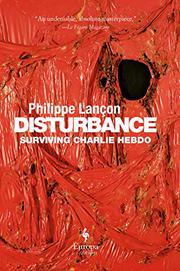 A survivor of the 2015 massacre in Paris recalls the brutality of the attack and narrates the seemingly endless series of his consequent surgeries and other treatments.

Lançon, who worked (and still works) as a cultural critic for Charlie Hebdo, the satirical weekly, was severely wounded during the attack—shot in the face and left for dead on an office floor that, as he relates, was soaked in blood. Throughout the narrative, the author remains surprisingly calm, describing in an intelligent and deeply informed voice the assault and its grim aftermath. His account is also full of memories of Charlie Hebdo before the assault, of the author’s family and other emotional relationships, and of quotidian habits that became more precious as he could no longer control his life. For months, Lançon was hospitalized, endured countless surgeries to repair his face—one involved the removal of his fibula so surgeons could reconstruct his jawbone. He formed a close relationship with his principal surgeon and spent more months under armed surveillance by police bodyguards. But he was also a celebrity and even had a visit from the French president. Slowly, he began to reemerge into everyday life, and he commenced physical therapy, traveled, and moved back into his apartment. Although calm prevails in the text, Lançon also evinces many worries—including, near the end, mild anxiety about standing near Arabs on a public bus. Evident throughout is the author’s considerable literary knowledge. He read relentlessly in the hospital, and names of significant literary figures populate the narrative: Shakespeare, Proust, Hemingway, Orwell, Henry Miller, Koestler, Edith Wharton. “My new bookshelves gave a second life to the thousands of books that twenty years of shambles had devoured and whose existence had been forgotten,” writes Lançon. “They reappeared like old friends…without alarming me. They were silent, patient. What I had experienced could only nourish the lives they offered me.”

A frank, relentless, gripping memoir that illustrates both man’s inhumanity to man and how quiet resolution can reclaim and restore.