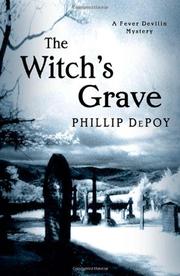 A folklorist/amateur detective arranges a Halloween graveyard meeting between a witch and a murderer.

Well, maybe Truevine Deveroe isn’t really a witch, and the murderer first picked out by Dr. Fever Devilin, a former academic rusticated to the Georgia hills, isn’t really a murderer, but up thar in the Blue Mountains, where Celtic folk tales come to life and the local citizenry has one main hobby—keeping secrets—it’s easy to be deceived, particularly if your dreams, like Dev’s, would give Jung a headache. In a tale as complex as anything in The Golden Bough, which Dev and his visiting friend, Shakespearean scholar Winton Andrews, quote from liberally, they join deputy sheriff Skidmore Needle (The Devil’s Hearth, Jan. 2003) to discover why Harding Pinehurst the Third, the area mortician, lies dead and naked in a ravine, poor Truevine wanders the cemetery insisting she’s dead too, and her beau, county coroner Able Carton, has gone into hiding. Over 300 bodies will eventually be disinterred in the woods, nearly that many people will turn out to be kinfolk with deep dark pasts, a pack of transients will be found in residence in a crypt, and Dev will accidentally be shot dead, then rejuvenated ten minutes later.

Literately loony, with excurses on pan-fried corn, tombstone epitaphs, the Roman origin of bobbing for apples, and appropriate death messages from the Bard. The ending’s a tad flat, but what a spirited ride to get to it.