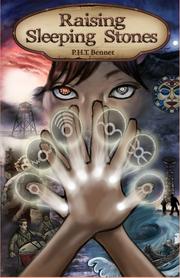 From the The Orora Crona Chronicles series, volume 1

A young girl, fearing for her and her sister’s lives, flees a town on another planet into a realm of dreams and long-forgotten memories in this debut YA fantasy.

Kiva Stone is having trouble fitting in with others in Solasenda on the planet Gesplitst. Like everyone else, Kiva trains in various fields, from the stacking and constructing that an Erector would do to a plumber-esque Liquidator. But she doesn’t excel in any one area, so no one invites her to join a Guild. One day, Kiva and her little sister, DeeDee, travel to The Beginning, the wall at the Eastern edge of town, where DeeDee finds an opening. Kiva’s surprised to see seemingly abandoned buildings, Solasendans believing the first constructed houses are on the East side of The Beginning, within the town limits. The sisters also meet Hildegarde von Ringen, who collects junk as remnants of the past, contrary to Solasenda’s strategy of consistently moving West—into the future—without looking back. At home, the girls rarely glimpse their always-working mother and must contend with tyrannical Aunt Agnes. When Kiva overhears Agnes implying that she’ll get rid of the sisters, she and DeeDee abscond through the hole in the wall. They reunite with Hilde and learn about the six original tribes from Orora Crona, the Valley of Dreams that most don’t believe exists. Bennet delivers an engaging adventure, elevated by the Stone siblings. Kiva, for one, is resolute, so determined to win her placement test that she nearly dies in a fall and, after making new friends East of The Beginning, proves capable of much more, including mahna (dream powers). DeeDee often functions as comic relief, but never cloyingly so, and her frequent mispronunciations (Aunt Sister for ancestor, apple-gize for apologize) enjoyably display her developing intellect. The bulk of the action takes place outside Solasenda, while the threats in town—both Agnes and the powerful but sinister Mayor Mara— stay there. But there’s still danger, in the form of hunters whom the mayor has likely sent, and plenty for Kiva and DeeDee to absorb, most notably that there’s a lot about their parents they don’t know.

A tale encouraging readers to preserve dreams that’s both morally sound and entertaining.