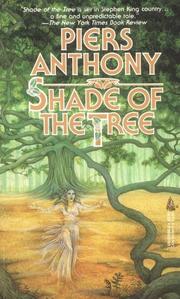 SHADE OF THE TREE

Widower Joshua Pinson and his two children come to live on a rural Florida homestead, bequest of his eccentric uncle Elijah. The property is dominated by a huge live oak tree, beneath whose branches Elijah built a solar-powered house. Unsettlingly, Elijah met his end in a bizarre accident with a chain saw—and the locals tell Joshua that the place is haunted. Sure enough, the fatal chain saw exudes an aura of menace, and soon Joshua experiences various apparitions: a ghost train; the screams of a girl who was raped beneath the tree (she, however, is still alive !); a ghostly rifle shot (a hunter committed suicide beneath the tree); the ghost of Elijah's mistress (but she's still alive too). Undaunted, Joshua refurbishes the house and engages a housekeeper; but the latter, inexplicably threatened by the Pinsons' normally placid dogs, soon quits. An elderly neighbor dies nearby, apparently of fright. The housekeeper is replaced by the nubile Brenna, who loves kids and likes her chances of marrying Joshua. Then Brenna sees the ghosts too: one of the kids is attacked by phantom bloodsucking bugs; Elijah's pony, tethered outside, goes berserk and tries to break into the house; one of the dogs attacks a steer and gets thoroughly stomped; a vile stench and a hot, looming presence leads Joshua to suspect the depredations of a Skunk Ape, Florida's equivalent of Bigfoot. Belatedly, Joshua realizes that the tree is the source of all the weird goings-on. But the promised showdown never happens; instead, the story subsides into a footling conclusion involving telepathy and an unsuspected sinkhole. Serviceable ideas, then, and a solid plot moved briskly along in Anthony's fluent, not to say facile, style—and spiced by some genuinely frightening moments. A persuasive performance—the limp wrap-up notwithstanding—that should swell the ranks of Anthony's already huge audience.