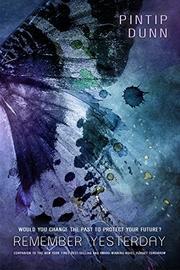 From the Forget Tomorrow series, volume 2

A teenage psychic tries to stop an invention and prevent a massacre in the second installment of Dunn’s (Forget Tomorrow, 2015, etc.) YA sci-fi series.

Ten years ago, 6-year-old Jessa Stone was a captive of the Future Memory Agency, which aimed to create technology to see into the future and change it. The key to inventing that tech was her own psychic link to her older sister, Callie, who sacrificed herself to try to subvert a genocide that she witnessed in a vision. Jessa and other psychics subsequently went on the run for years, but a treaty with the Committee of Agencies eventually afforded them legal refuge in a wilderness community called Harmony. Now Dresden, the chairwoman of the defunct FuMA, wants to recruit Jessa to work at the Technology Research Agency. Jessa says no even though Dresden shows her a holo-vid recording of a vision from Dresden’s precognitive, never-seen daughter, Olivia, showing Jessa as the chairwoman’s assistant. But Jessa had a dream about FuMA’s old offices that makes her suspicious—apparently, the dream was a message from Olivia. Sure enough, it turns out that FuMA’s experiments with psychics are still continuing. Jessa believes that the answer to stopping future memory may lie in the past, so she teams up with TechRA scientist Tanner Callahan, who’s difficult to trust but easy to fall for, to find a way to travel through time. Dunn ramps up the tension by laying out plenty of hurdles for her protagonist; for example, Jessa’s time with Tanner leads her Harmony allies to abandon her as a traitor “cavorting with the enemy.” The author also deftly links this second installment with the first, providing breezy recaps, addressing questions, and including details on Jessa’s absentee father. The romance between Jessa and Tanner is winsome, although it unfortunately sidelines Jessa’s charming friend Ryder. The novel’s second half offers abundant surprises, including another, more understated, but equally appealing romance and a risky journey. Once again, Dunn masterfully sets the stage for another series entry.