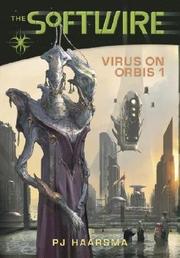 JT Turnbull and 200 children are about to land on the interstellar multi-species commerce hub of Orbis. The children have been alone in space all their lives: When the adults on the Earth ship Renaissance died of an illness 12 years ago, the computer brought the colonists’ frozen embryos to term. JT and the children have been raised by the ship’s computer (and—inexplicably, given the absence of any other people—have developed 20th-century mores and gender biases). When they arrive on Orbis, they discover to their horror that their parents’ agreement with the Citizens of Orbis leaves the children in indentured servitude to unpleasant Star Wars–style aliens. The aliens fight for the right to control JT, who is a Softwire, an extremely rare being who can mentally communicate with computers. When the ancient computer that controls Orbis begins to fail, the Citizens suspect JT, who must clear himself while protecting his friends and family. A potentially compelling space mystery marred by inept prose and a muddled narrative. (Science fiction. 10-12)