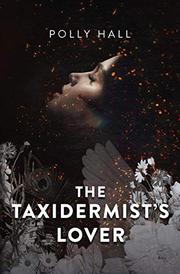 A gothic romance with a self-fulfilling title.

Hall’s first novel, set in the rural wetlands of South West England, is as strange as it is disturbing. Scarlett is the narrator and the significantly younger lover of a skilled taxidermist named Henry, to whom she addresses this story. It's her highly personal confessional tone, exposed internal conflicts, grotesque dreams, and desires that draw the reader in—but it's her constant reference to Henry as “you” that cements the too-close discomfort that permeates the novel (“You messed with nature” or “When we made love, I’d somehow taste the essence of the creatures you’d been handling”). Hall wastes no time revealing the couple’s odd predilections. In Chapter 1, they begin to imagine the possibility of “mystical menageries” instead of the traditional taxidermy (a “crabbit” is the combination of a crow and a rabbit; a “stox” is a red fox with a stork’s wings). “The market is dwindling. It’s all high-brow conceptual stuff nowadays,” Scarlett rationalizes. Though a few other characters enter the tale—the world’s best taxidermist Felix De Souza, Penny the flirtatious neighbor, and Scarlett’s twin brother, Rhett—Scarlett’s obsessions are central at all times. While it's clear from the start that this tale cannot end happily, the last quarter is the most propulsive, even if readers might be disappointed by the predictability of the ending.

Not for the squeamish, this book will appeal to readers unafraid of adjectives or an investigation of the unnatural.