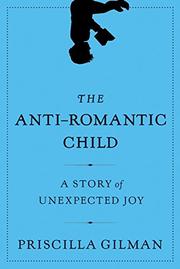 A Story of Unexpected Joy

Literary agent Gilman, a former professor of English literature, describes the challenges that she faced parenting a developmentally disabled son.

The author’s expectations of motherhood were shaped by her memories of her own idyllic childhood, reinforced by the romantic poetry of Wordsworth. The reality was harsher until, to her great delight, at the age one her son Benjamin began showing what appeared to be amazing precocity. He recognized letters, could identify objects and at 16 months could read several words. Though he didn’t like being touched and was fearful of loud sounds, he delighted in showing off his skills. At two, he was able to read fluently and tap out complex rhythms, and he loved to sing and recite poetry. His memory was also impressive, as was his recognition of shapes and numbers. Gilman's anxiety for her son began to dissipate, and she and her husband “simply accepted that we had an odd, unconventional, and possibly brilliant little boy on our hands.” That illusion was shattered when he was evaluated for admission to a preschool. The school administration was concerned about his lack of social skills and his tendency to parrot words rather than use them to express himself. He seemed to lack a sense of identity and didn't appear to comprehend simple pronouns, and his motor skills were poorly developed. He was also anxious and couldn't relate to the other children. Seeking professional help, the author learned that he suffered from hyperplexia, a disorder that is sometimes linked to Asperger's. The author chronicles how she and her husband, his teachers and therapists, were able to help him gain language skills and master his anxieties so that he could not only relate to others but fully express his own creative gifts. “In parenting Benj,” writes the author, “I have gotten more in touch with a profound kind of romanticism; I have been given access to a transcendent sense of mystery and awe and wonder.”

A striking celebration of the bond between a mother and son.