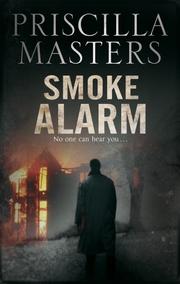 When three people die in a tragic fire, is it an accident or murder? That’s a question for DI Alex Randall and coroner Martha Gunn.

Beautiful old Melverley Grange has been severely damaged by fire, and Christie Barton, her daughter Adelaide, and her father-in-law, William, have all died from smoke inhalation. Only her son Jude, who escaped via a rope ladder, is saved by a policeman with a taste for heroics. Jude, who had attempted to get back into the house, survives with his hands and arms burned. Randall learns that William Barton was suffering from dementia and had started a fire in the house once before. But would he have used petrol to soak the floors and locked the women in their rooms? Although her job as coroner does not involve detection, Martha, a widow with two teenage children, has a gift for nosing out facts that Randall respects and uses (Frozen Charlotte, 2011, etc.). The two are attracted to each other, but Randall is unhappily married and never discusses his wife. When a nurse who called the tip hotline loses her house to the same sort of blaze as Melverley, Randall’s team starts looking for a connection and finds it in a 40-year-old fire. The nurse worked at a mental institution where many inmates died in a fire, and William Barton was a fire officer on the scene. Because no body was found in the house, a massive search is launched for the nurse, who may have the answers to many questions.

A tasty combination of police procedural and forensics, with a touch of romance.