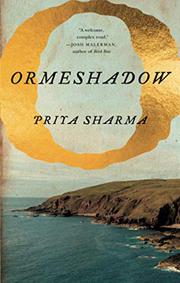 A classic coming-of-age story set in a dark fantasy world of myths and dragons unfolds amid waves of family drama and age-old mysteries.

In a mythic England in an undetermined time long passed, Gideon Belman and his parents are forced to relocate from their civilized and bookish life in Bath to the family farm, Ormeshadow, in a hardscrabble and desolate part of the country bordering the Orme, a sleeping dragon whose large slumbering shape is now covered with soil and grass. The Orme is the daughter of a great dragon king who was looked after by one of Gideon's ancestors following a long and fierce battle between dragons. The ancestor, also named Gideon, promised that generations of his family would keep and protect the dragon. On long walks with his father, Gideon learns the family secrets and legends, but in daily life on the farm, he becomes the victim of his brutal uncle Thomas' bitterness and resentments. There are tales of gold and treasure hidden deep within the body of the dragon, and a map to the fortune carved into the only chair at the Belmans’ farm, but Thomas has no time or interest in stories of dragons or treasure. After the mysterious death of Gideon’s father, Thomas is only interested in asserting his dominance over everyone around him, especially Gideon and his widowed mother. Driven to despair, Gideon sets off a chain of events that will change his life and the lives of everyone on the Orme forever. Although the story of the noble orphan boy has been told many times by writers from Charles Dickens to J.K. Rowling, author Sharma's (All the Fabulous Beasts, 2018) combination of dragons and sorrow set against a brutal country backdrop separates itself from the pack with a combination of solid writing and original mythology.

Despite the well-worn plot and unsatisfying conclusion, the novel's imagery and emotion make it worth the effort.