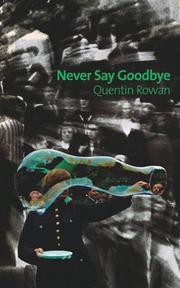 An affectedly “literary” confession and apology from a notorious plagiarizer.

As Q.R. Markham, Rowan made a splash in the fall of 2011 with the publication of his spy novel Assassin of Secrets, the first of a proposed series. He made a bigger splash when the publisher withdrew the book after its first weekend of sales upon finding it had been constructed almost entirely of bits and pieces from a dozen or more already published spy novels by the likes of John Gardner and Robert Ludlum, to name only the best known. Rowan was instantly pilloried, particularly on the Internet, where he was showered with poisonous barbs and death threats. Online sleuths quickly uncovered more plagiarism in his past, including a short story partly lifted from Graham Greene that appeared under Rowan’s name in Partisan Review in 2002. Why did he do it? Unsurprisingly, Rowan blames an overwhelming desire for fame, fortune and the respect of friends and family combined with lack of confidence in his own abilities to acquire all the above. “I did at one point have a voice,” Rowan laments, suggesting that his thievery was a way to borrow others’ voices when his went missing. Trying to retrieve it here, he often sounds like a self-conscious imitation of David Foster Wallace, with dashes of Kurt Vonnegut, Martin Amis and James Joyce thrown in willy-nilly. A former girlfriend summed up nicely the problem with Rowan’s style, calling it “show-offy and geared to impress by overwhelming the reader.” She suggested he aim for “writing that tries to communicate rather than obscure.” The author finally pulls that off in the final chapter, a straightforward account of the unfolding of the Assassin affair that, like the best crime writing, is almost unbearably suspenseful.

If the rest of this book had the panache of its closing pages, Rowan might almost have atoned for his years of deceit.