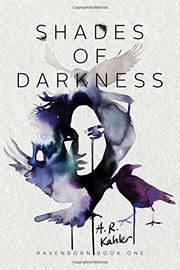 From the Ravenborn series, volume 1

Something terrible happened to Kaira—something so awful that she banished herself.

Islington Arts Academy, a high school for gifted students nestled in the north woods of Michigan, gives Kaira the chance to start over. She wants to forget the past, work on her thesis, and spend as much time as possible with Ethan, her best friend, before senior year ends. Then one student dies, followed by another. The deaths are labeled suicides. But Kaira never ignores an omen, and the crows taking over campus are proof that something sinister from her past has followed her into the present. The novel’s haunting location and use of mythology lead readers to believe that something superbly supernatural is going to occur. However, the story takes too long to arrive at the action, and long portions of the novel are expository passages about Kaira’s past and her odd, flirtatious relationship with Ethan, who is gay. The diverse cast is worth noting, and it’s almost impossible for readers not to identify with one character or another—even if most of the cast comes across as slightly pretentious. Kaira’s facile self-description as an “unknown blend of Native American bloodlines” seems unconvincing given the importance of specific heritage to tribal benefits.

Readers looking for less exposition and more action in their supernatural fiction might be disappointed, especially by the book’s sequel-bait cliffhanger ending.