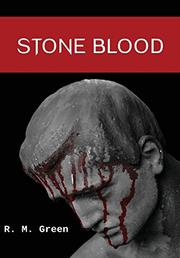 Green’s debut novel is a peculiar meditation on the natures of art and creation, well-paced with a singular character at its center.

The oddness of Green’s tale is immediate and at first a little disorienting. “In the beginning there was nothing. Then there was me,” says narrator Tilman Burbeck. “I appeared fully formed and whining, six years old and probably sick.” In the first dozen pages, he reveals his father is a statue, his mother having been raped at the Berlin Museum of Fine Art by a sculpture of the artist Tilman Riemenschneider, and his blood is made of stone. It’s tough to get a bead on Burbeck and whether, now looking back on his life as a 70-year-old, he means the things he’s saying metaphorically or literally. That confusion lingers, but it soon becomes part of the book’s charm as it establishes the logic of its world. Burbeck left behind a family that doesn’t quite understand him to navigate his way through art school, make friends, fall in love and deal with his muse, which in quiet moments appears to him as a kind of demon: “I will find her again. My Muse said I will. It may be half demon and speak in half-truths, but my Muse doesn’t lie. I’ll just have to be patient.” The first woman he devoted himself to was Lila Thornton, whom he met on a trip to Europe searching for his father. In his latter days, he says he is happily married to a different woman, tipping the fact that his relationship with Thornton, which spans the bulk of the book, ended at some point. Burbeck is torn between his devotion to his art and to other people, which leads to long passages of philosophical musing that threaten to kill momentum but don’t. This is a novel of search and discovery, the kind of thing that could easily be fatally precious. Yet Green’s characters are compelling, and the plot marches along subtly.

A well-crafted story hiding under its more esoteric elements.

THE GOLDFINCH
by Donna Tartt
Nonfiction