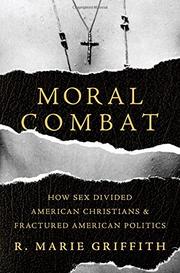 Thoughtful study of the great schism between religious conservatives and progressives about women’s control over their own bodies.

It may be hard to believe, but there was a time when many evangelical Christians were not against—and some even actively supported—abortion and its legalization. Indeed, writes Griffith (Director, Danforth Center on Religion and Politics/Washington Univ.; American Religions: A Documentary History, 2007, etc.), in 1969, a survey of Texas Baptists revealed that 90 percent “felt their state’s abortion law should be loosened.” What happened in the intervening years? By the author’s account, the story stretches back a century and more, to the time of Margaret Sanger on one side and Anthony Comstock on the other and their war over the issue of contraception. Through Comstock’s agitation, the federal government had made it illegal, as long ago as 1873, to even possess a pamphlet advocating contraception. Sanger’s militant working-class Catholicism, lashed with socialism and other progressive causes, would have made her a public enemy in her time in any event, but interestingly, as Griffith notes, she was strategically crafty in recruiting Protestant clergy to what boiled down to a fairly simple thesis: laws governing the “morality” of women should be “crafted by women themselves.” Though academically rigorous, Griffith’s account is both accessible and eye-opening: it simply astonishes that Christian organizations were instrumental in “family life”—meaning sex—education. But that’s one flavor of Christianity, of course; the other is a rigorously fundamentalist one, and the two eventually pitched “a battle over the moral framework in which sexual knowledge would be embedded and over who had the right to determine just what those frameworks would be.” As with every other battle in every other arena in which conservatives and progressives face off, the heat rose with the rise of Donald Trump; Griffith hopes that one day the rancor will finally “rouse a fractured nation to build a bearable peace.”

A welcome addition to the vast library on American religious discord.